Startup Runway Finalist Patientory is raising millions with an ICO 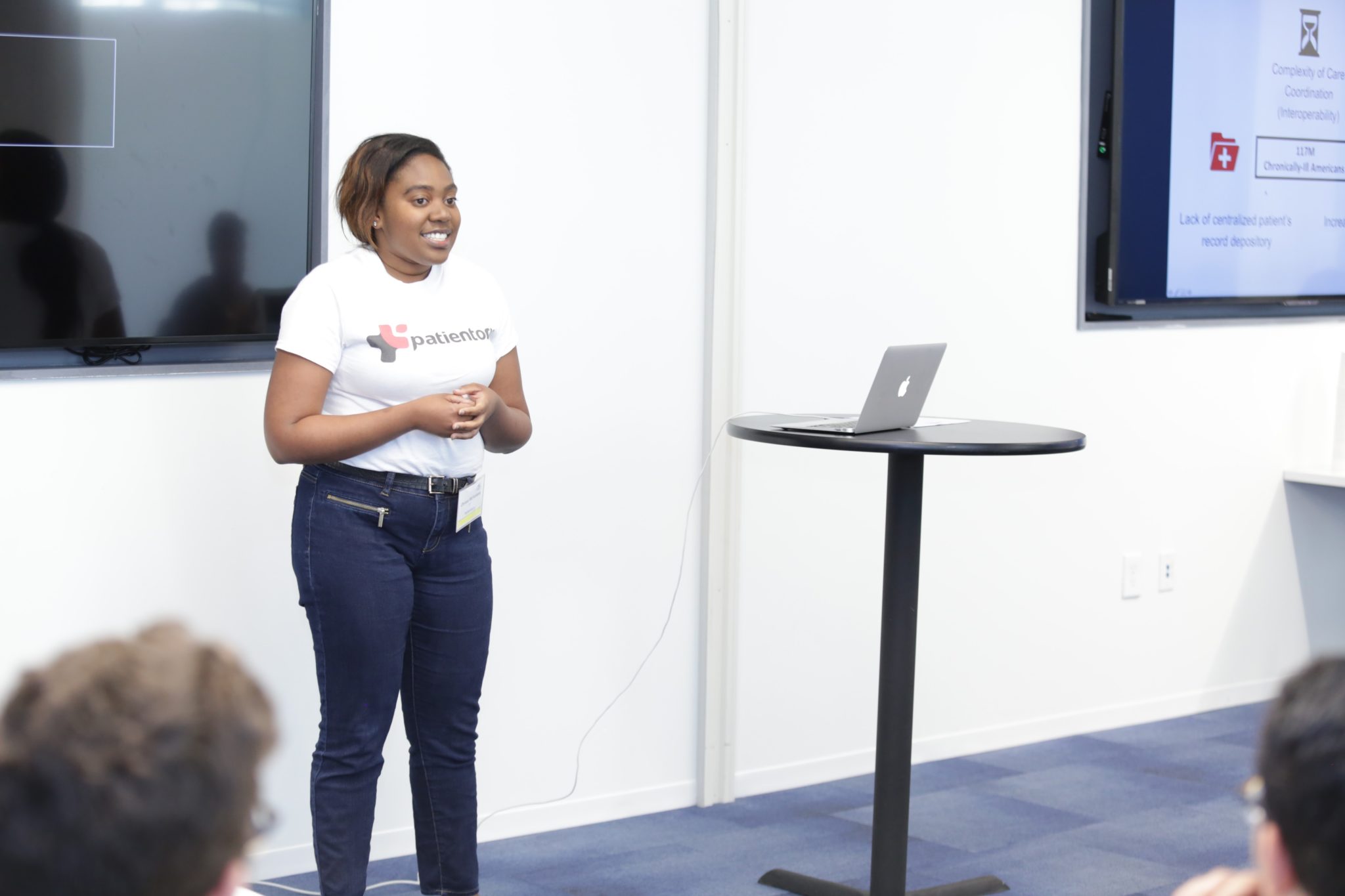 The modern digital era has brought a new wave of disruptive technologies to every sector of business. But the healthcare industry in particular is poised for a massive shift towards a new way of tracking medical records and financial transactions through the exchange of encrypted data known as Blockchain.

No one knows this better than Chrissa McFarlane, founder and CEO of Patientory. “Healthcare is a much more regulated industry, it takes much longer for things to get going, so that’s been our biggest challenge,” said McFarlane. McFarlane and her team have developed a way for chronically-ill patients to receive better care with effective coordination between the patients, their caregivers, and providers. With their innovative Blockchain suite allowing data to be shared and delivered seamlessly at every contact point, Patientory is on the cutting edge of a healthcare revolution.The Patientory platform also gives patients access to peer support communities based on their individual illness, allowing them to hear from others who know exactly what they’re going through. This combination of physical care and social support is what makes Patientory stand out from the onslaught of startups seeking to cash in on the technology.

When it comes to fundraising, the Patientory team is gaining momentum on multiple fronts. In addition to pitching at Startup Runway and participating in various health tech accelerators, Patientory is combining traditional fundraising techniques with the use of digital cryptocurrency, such as bitcoin and other ‘tokens’, through their Initial Coin Offering (ICO). This has often been compared to an Initial Public Offering (IPO) of a corporation. Both can be used to sell stake or raise money, but while IPO’s are regulated by the stock market and the U.S. Security and Exchange Commission, ICO’s, and the cryptocurrency market as a whole, are not currently regulated by any government agency.

“Rather than going the traditional VC investor route, which takes 6 months to a year, some companies with ICO’s have raised 20 million in 20 minutes,” said McFarlane. Early last month, mobile gaming platform MobileGo raised 4 million on the opening day of their ICO, and 26 million the following day. ICO’s have seen a recent spike in popularity among startups looking to quickly raise money without the hassle of targeting professional investors.

Through the exchange of special Patientory tokens called ‘PTOY’, individuals will be able to purchase data storage space and gain access to other features on the Patientory platform. The Patientory ICO went live earlier this week and they’ve already seen significant traction well-ahead of their July 28th deadline. How much traction? In just two days Patientory has issued over 59 million PTOY and raised over 27 thousand Ethereum tokens — that’s $6 million and counting.

Given the massive social and financial response the ICO has received so far, Patientory is sure to be a major player in the rise of Blockchain both here in the U.S. and abroad. “Estonia was one of the first countries to implement a Blockchain healthcare solution,” said McFarlane, “And they’re experimenting with the technology in Dubai as well.”

Blockchain-enabled platforms, and health tech in general, are poised to take a big leap in the coming years. And with the rise of new healthcare payment models, and the subsequent adaptation of industry standards, Patientory is focusing on the future of healthcare and staying ahead of the curve.

Follow us on Twitter for exciting news and updates. Applications are now open for the Fall Pre-Flight Pitch Rounds.

Is your startup ready to fly?