Sign up! Sessions with Crunchbase, HBCU.vc, and Top Black Founders 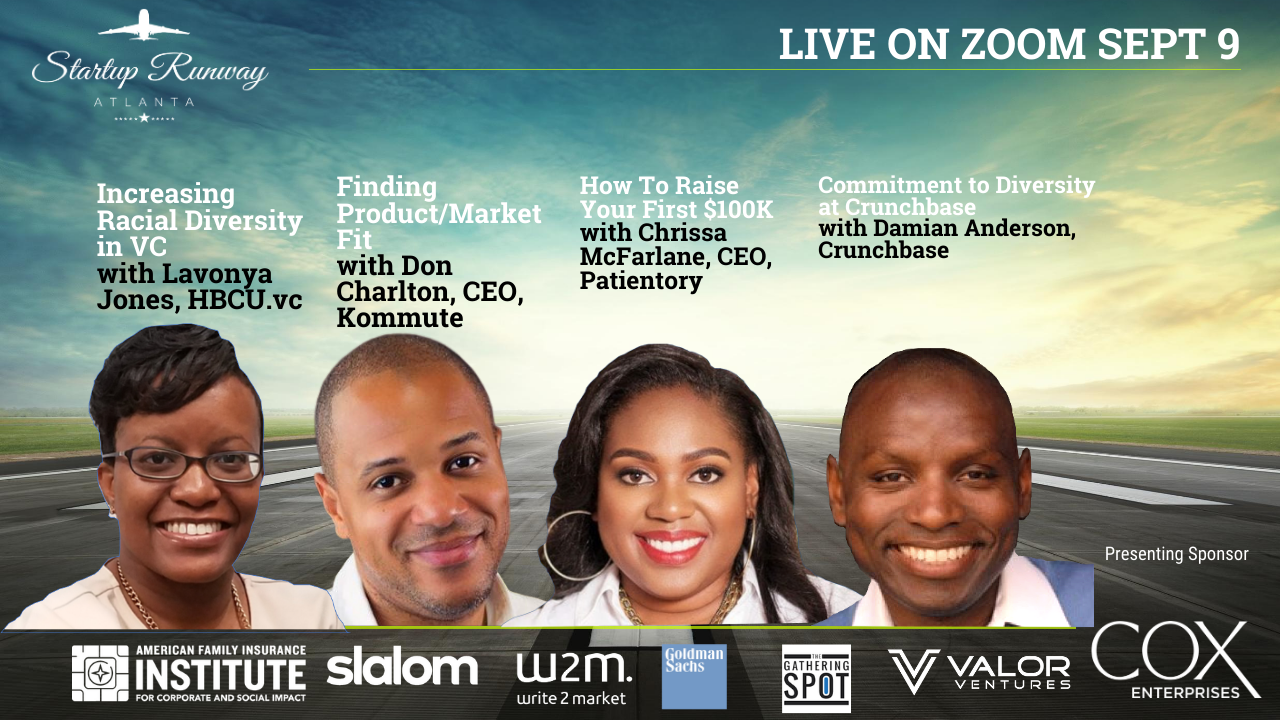 We are excited to announce our panelists for the Startup Runway Showcase 9 taking place September 9th. Startup Runway brings voices of authority to the largest pitch event for under-represented founders in the U.S. in a time when #BLM is changing the country. Register now to experience these interactive break-out sessions where you can ask questions, get engaged, and learn more:

Lavonya Jones is passionate about entrepreneurship as a solution to economic injustice and inequality. Lavonya has over fifteen years of leadership development experience training students, entrepreneurs, and professionals within for-profit and non-profit sectors, as Lavonya is on a life’s mission to equip an army of socially conscious entrepreneurs. She is an HBCUvc Program Manager, in which her mission is to create a racially-inclusive and equitable innovation economy by increasing racial and ethnic diversity in venture capital. She believes that removing barriers to capital for Black and Latinx entrepreneurs increases diversity among business owners, and ultimately, helps American entrepreneurship to flourish more inclusively.

Damian Anderson is passionate about the intersection of technology and entertainment. He has held product manager and business development positions at Spotify, GoPro, Apple, and Yahoo!. He has designed and implemented marketing and merchandising programs to help build new business and services including one of the industry’s first music subscription services, Yahoo! Music Unlimited. Currently, he is a Business Development Manager at Crunchbase.

Chrissa McFarlane is the CEO of Patientory, a global currency and population health management service that regulates and secures patient data. Named as one of the top women “leaving their mark on the medtech field” by Becker’s Hospital Review, Chrissa exudes creativity and is a high-performing strategic thinker and excellent team-builder. She brings over 10 years in the healthcare industry conducting research and managing teams. She holds notable international published research in healthcare and has helped create breakthrough digital health companies that have provided services to companies such as Tumblr, Blue Apron, Casper and Meetup.

Don is an entrepreneur, startup evangelist, writer and public speaker. He is currently founder and CEO of Kommute, a video messaging platform for businesses. Don also founded JazzHR (formerly The Resumator) in 2009, and established the company as a venture-backed leader in SMB-focused, SaaS recruiting technology, now serving over 4,500 recruiting for 80,000 jobs. The Resumator was the first widely-adopted startup recruiting solution in Silicon Valley, with a customer list that has included many big brand tech startups at their launch/early/relaunch stage, such as Instagram, Dropbox, Evernote, Tumblr, Uber, HubSpot and more. A graduate of Rochester Institute of Technology, Don has been profiled in The New York Times, is an Inc.com columnist, was a Regional Finalist for the 2012 Ernst & Young Entrepreneur of the Year Competition and Business Insider named him as one of the 25 Most Influential African-Americans in Technology.