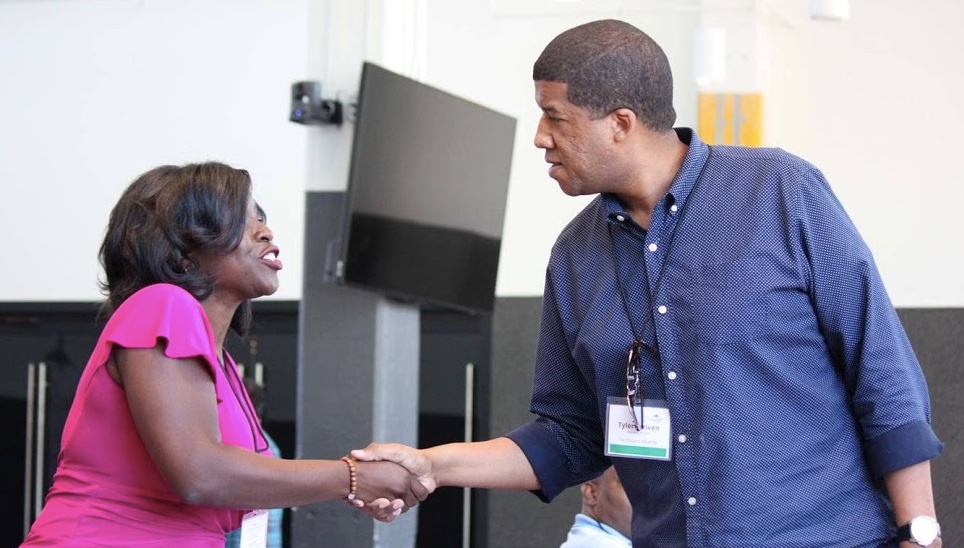 Every Startup Runway finalist offers a unique product or service that deserves industry recognition. But for Quinetha Frasier and Rachel Walker, the founding team of MyPledger, recognition didn’t come easy. MyPledger is a mobile fundraising suite that makes it easy for fundraisers to collect donations and interact with donors. With competitors already well-established in their target market, however, the team knew they’d have to bring something different to the table in order to stand out. “Mobile fundraising is nothing new, so differentiation is the issue,” said MyPledger COO Rachel Walker.

Differentiation comes in many shapes and forms across industries. For MyPledger, the competition was particularly fierce, with multiple companies vying for the same clientele. The key distinguishing factors were MyPledger’s live customer, fundraising, and event support. None of MyPledger’s competitors offer this level of real-time user assistance, and that’s what the MyPledger founding team emphasized during their pitch at the 2017 Spring Showcase. Walker and Frasier are no strangers to pitching, having already participated in competitions across Atlanta. “Our pitch evolved based on all the feedback we received thus far,” said Walker.

With this level of prior development, MyPledger was confident that their messaging was on point. But during their mock board meeting with advisors from Cox Enterprises, Techstars Atlanta, and Atlanta CEO Council, the discussion centered around the unfavorable implications of their non-profit clientele and concerns about revenue and market size. “Once an investor hears non-profit, they start to tune out, so they suggested we focus on another segment of our clients,” said Walker. MyPledger’s clients span from higher education to faith-based organizations and everything in between, so shifting the focus to other markets was a necessary step towards differentiation. “That’s a pivot we made as a result of the feedback.”

The mock board meetings are held before the showcase, allowing investors and advisors to evaluate the subject matter before the finalists give their pitch. But valuable input often comes after the event has ended as well, when investors and finalists have a chance to openly discuss and ask questions. The input that Walker and Frasier received through Startup Runway helped them make useful connections with relevant individuals in their industry. “We’ve linked up on social and we have intentions of following up and continuing a relationship,” said Walker, “One advisor was very receptive, like ‘let’s sit down and work through this.’”

Startup Runway provides a platform for female and minority founding teams to pitch their business to professional investors. The top 10 companies compete for a $10k prize twice per year during the Fall and Spring Showcases. We are proud to help underserved founding teams raise money and separate themselves from the competition.

Applications are now open for the Fall 2017 Showcase on November 2nd! Are you a diverse founding team looking for funding? Apply Today!