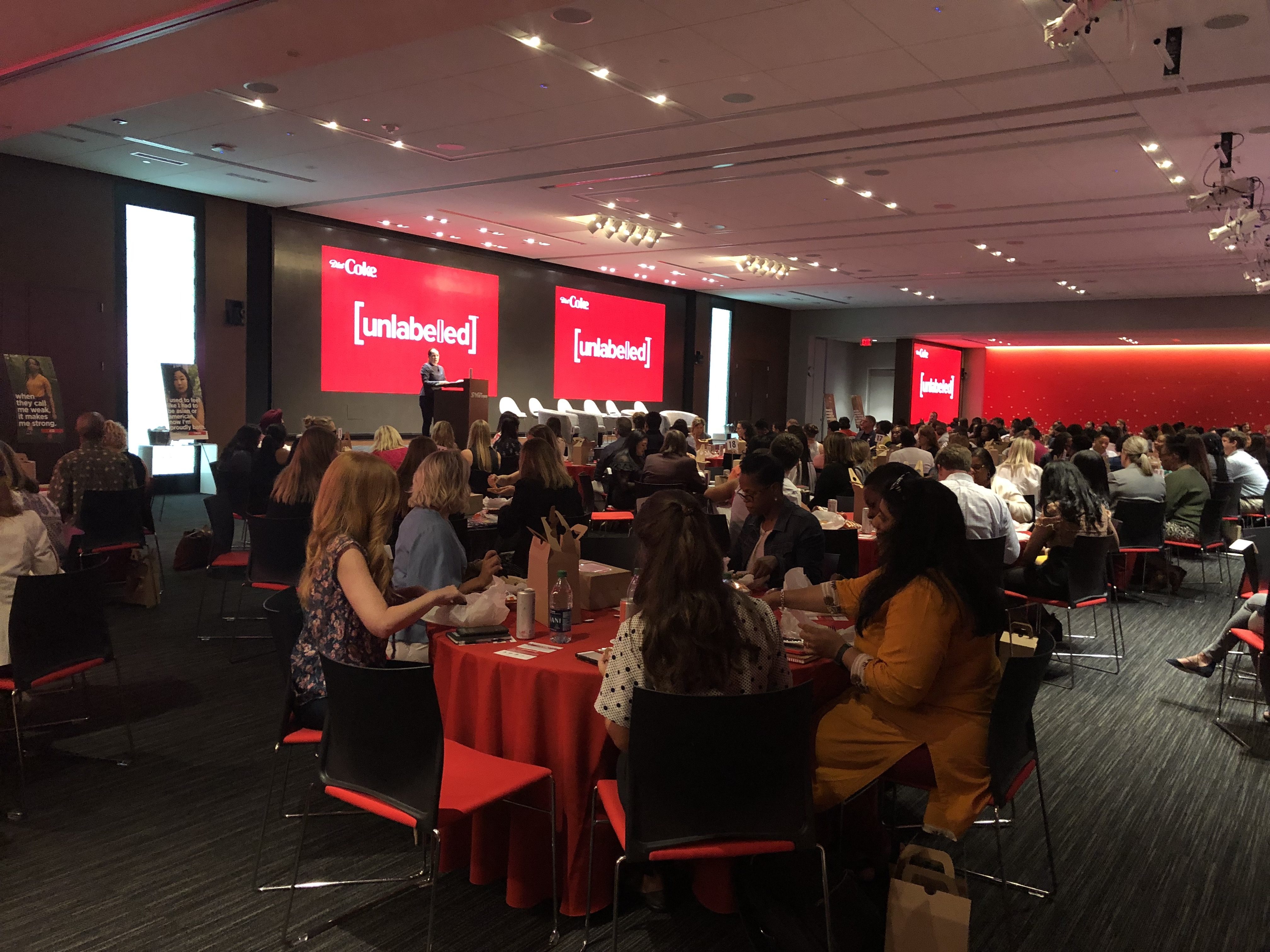 Civic Dinners, winner of the $10,000 Community Choice grant sponsored by the AmFamInstitute, recently achieved some amazing accomplishments since winning the prize earlier this year. The company recently partnered with Diet Coke to host a dinner for over 250 Diet Coke employees to discuss societal labels as part of their ‘Unlabeled’ brand launch. They’ve also recently hosted an event with Facebook for a group of small business owners in Nashville and plan to open their new, nationwide community engagement venture, The Lovable City, in October.

During their partnership with Diet Coke, Civic Dinners helped to create an open and honest environment for the employees. Employees were set up at tables with about 8 people per table and asked 3 big questions and given equal time to answer. They were each encouraged to have an open conversation about their experiences with labels and how it has affected them both personally and professionally. The night was filled with communication, connection and understanding, a common goal for any event hosted by Civic Dinners. Diet Coke hopes to inspire this kind of genuine conversation about labels around the world by kicking off their limited-edition release of label-less cans next year. 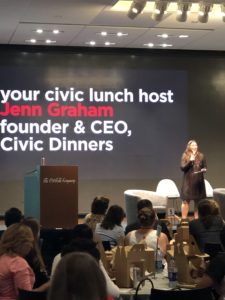 Civic Dinners is a platform dedicated to bringing together a diverse range of people to incite meaningful and authentic conversations on an array of topics. Civic Dinners strives to invoke positive change by transforming the dinner table into an open forum by working with individuals, nonprofits, social movements and foundations.

Civic Dinners have helped bring many groups and communities together, including businesses. The company recently partnered with Facebook’s small-business arm, Boost with Facebook, to host a dinner for over 80 small business owners in Nashville to discuss the highs and lows of entrepreneurship.

“We’ve added another thousand people to our platform just in the last month from some of the initial visibility from the Facebook event,” says founder and CEO of Civic Dinners, Jenn Graham. “Facebook has helped us to provide events in Nashville and Charleston which is happening in two weeks. We’re definitely seeing a pickup in the number of users.”

Graham, a recent Rising Star finalist for Atlanta Business Chronicle’s Small Business Person of the Year Award, hopes to take Civic Dinners to the next level of engagement with the October launch of The Lovable City. The goal of The Lovable City is to have community delegates from 100 cities across the U.S host dinners to bring together residents, local government and civic leaders to create a brighter future for their cities.

We love to see our finalists grow and reach new milestones! Stay tuned for more updates from finalists in the next coming weeks! Is your startup the next $10,000 prize winner? Applications are still open for our 7th edition on October 8, 2019!